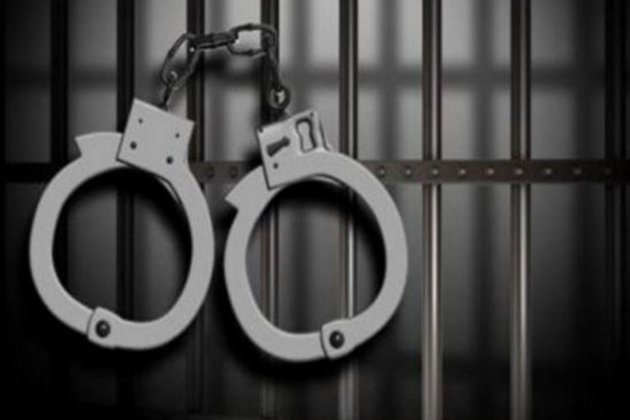 New Delhi [india] August 7 (ANI): A man allegedly involved in arranging a forged passport with the help of his two accomplices were arrested by Delhi Police on Sunday at the Indira Gandhi International Airport.

The accused man namely Ravi Rameshbhai Chaudhary holding an Indian passport was deported from Kuwait Airport by Kuwait Airways flight no KU-383 on June 6, after he failed to clear the immigration formalities as he carried a forged passport along with him.

During his travel document scrutiny by immigration officials, his passport appeared doubtful and after thorough scrutiny. The officials discovered that the Indian man carried a duplicate passport bearing fake information on its bio pages.

Delhi Police has registered a case against the accused man under the relevant sections of the Indian Penal Code (IPC) and under section 12 of the Passport Act.

According to the Delhi Police, the accused revealed some information about the two other involved persons. He disclosed that he came in contact with some agents namely Zakir Yusuf Shaikh in Mumbai and Narayanbhai Chaudhary in Gujrat.

"Initially, it was assured to the passenger Ravi Rameshbhai Chaudhary by the local agent Narayanbhai in Gujrat that his fake passport and Visa will be arranged in lieu of Rs 65 lakh and Narayan Bhai shared the contacts of his associates namely Zakir Yusuf Shaikh and Mushtaq Jamil Picturewala based in Mumbai. The deal was finalized for Rs 65 lakhs and passenger Ravi Rameshbhai Chaudhary paid Rs. 15 lakh cash in advance to alleged agent Narayanbhai," said Tanu Sharma Deputy Commissioner of Police, IGI Airport, New Delhi.

"Narayanbhai told Ravi to contact his associates Zakir Yusuf Shaikh and Mushtaq Jamil Picturewala who operates a human trafficking racket from Delhi and Mumbai. The passenger Ravi Rameshbhai Chaudhary sent his photograph and signature to Mushtaq Jamil Picturewala on Whatsapp. After receiving his photo and signature Mushtaq Jamil arranged a fake passport in the name of Ravi Rameshbhai Chaudhary on the instructions of Zakir Yusuf Shaikh in Mumbai," he added.

"Thereafter, a fake Schengen visa of Netherland was obtained on the basis of a fake and fabricated passport. The passenger was supposed to travel to Mexico from Netherland and then illegally to United States of America. The rest of the deal amount was to be delivered/handed over to Narayanbhai Chaudhary by the family of the passenger on his arrival in the USA. After hearing about the arrest of passenger Ravi Rameshbhai Chaudhary, agents Narayanbhai, Zakir and Mushtaq Jamil Picturewala fled from their homes in Gujrat and Mumbai and continuously kept on changing their locations. Their call details were minutely scrutinized and the team zeroed on the movement of alleged Narayanbhai Chaudhary, Zakir and Mushtaq. The relentless efforts of the team yield result, when the team intercepted the movement of alleged Mushtaq Jamil Picturewala in Mumbai," Tanu Sharma Deputy Commissioner of Police said.

The accused Jamil Picturewala was thoroughly interrogated and was arrested on August 3 and from him, four mobile phones were recovered from his possession.

Further investigation in this case is being done as the agent is in police custody remand and the police teams have been dispatched to arrest other co-associates involved in this case. (ANI)