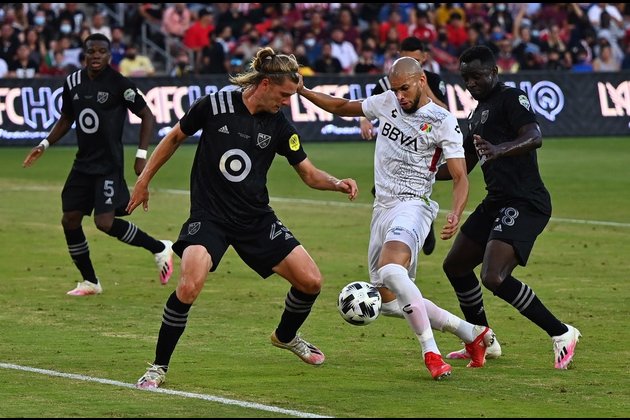 MLS All-Stars vs. Liga MX a renewal of U.S.-Mexico rivalry

That means the level of intensity will be higher than your typical exhibition, three-time MLS All-Star and Nashville SC defender Walker Zimmerman said.

"We played Atletico Madrid in Orlando in 2019, and it was competitive -- you're wanting to prove that you can play at a high level," Zimmerman said Monday. "But the competitiveness on the field last year in L.A. against Liga MX was definitely a new step in terms of the competition."

The game marked the debut of a new format in an event that has evolved since the league launched in 1996.

The game originally pitted Eastern and Western Conference squads. An all-American squad played a squad of international MLS players in 1998. From 2005 to 2019, the MLS All-Stars played an invited club team from one of Europe's top leagues.

But the current format reflects the direction both leagues are moving. Beginning in 2023, MLS and Liga MX will reintroduce a joint competition called the Leagues Cup, this time with all 47 of the leagues' clubs competing and both domestic leagues taking a break for the event.

The format for the 2023 MLS All-Star Game is not yet determined, but the event will continue, with Washington, D.C. to play host.

Los Angeles Galaxy striker Javier "Chicharito" Hernandez is one of several MLS All-Stars with Liga MX experience, having developed at Chivas of Guadalajara before moving on to a European career.

He has witnessed MLS improve to become more of an equal to the older and more established Mexican competition. The most recent example of that was the Seattle Sounders' win over Pumas UNAM of Mexico City in the 2022 CONCACAF Champions League final.

"There are some results that have been a consequence of how the MLS is improving through the years," Hernandez said. "I think both leagues need to learn from each other. Because they both have a lot of positive things and other ones that they need to improve, obviously.

"But yeah, we're going to go Wednesday and try to win."